Those who have been using the Steemit blockchain and are in some way contributing, clearly know the upside our social media contains. That's why WE as users, have some serious compromise in promoting it effectively in order to let more people know about the wonders, economic stability, engaging, and recognition #steem has to offer. 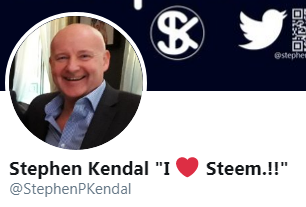 One of the founders of the #promosteem campaign, Stephen is taking #steem to new heights with his clever marketing strategies which are positively impacting our ecosystem and at the same time, it's bringing new users and influencers who are at the same time -excuse the redundancy- helping in giving Steemit, the recognition it deserves.

As you all may be aware, plenty of steemians are using Twitter as a mean of self promoting content but most importantly as a tool of #steem promotion. 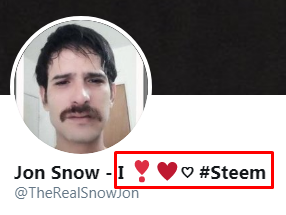 The I ❤️ Steem campaign is a simple yet useful way to bring in more sailors to the ship. Designed by @stephenkendal, this campaign consist in adding I ❤️ Steem on your main social media profiles such as Twitter, Instagram, Facebook, among others. Simple, isn't it? Yet deadly, and here's why:

If you want to join this campaign, feel free to add "I ❤️ Steem" on your main social media profiles. Remember to use the tags #steem and #promo-steem so we can check them out!

Elon Musk is Not Giving Away Crypto so Don't Fall For it
blocktvnews
3 views $
09:16