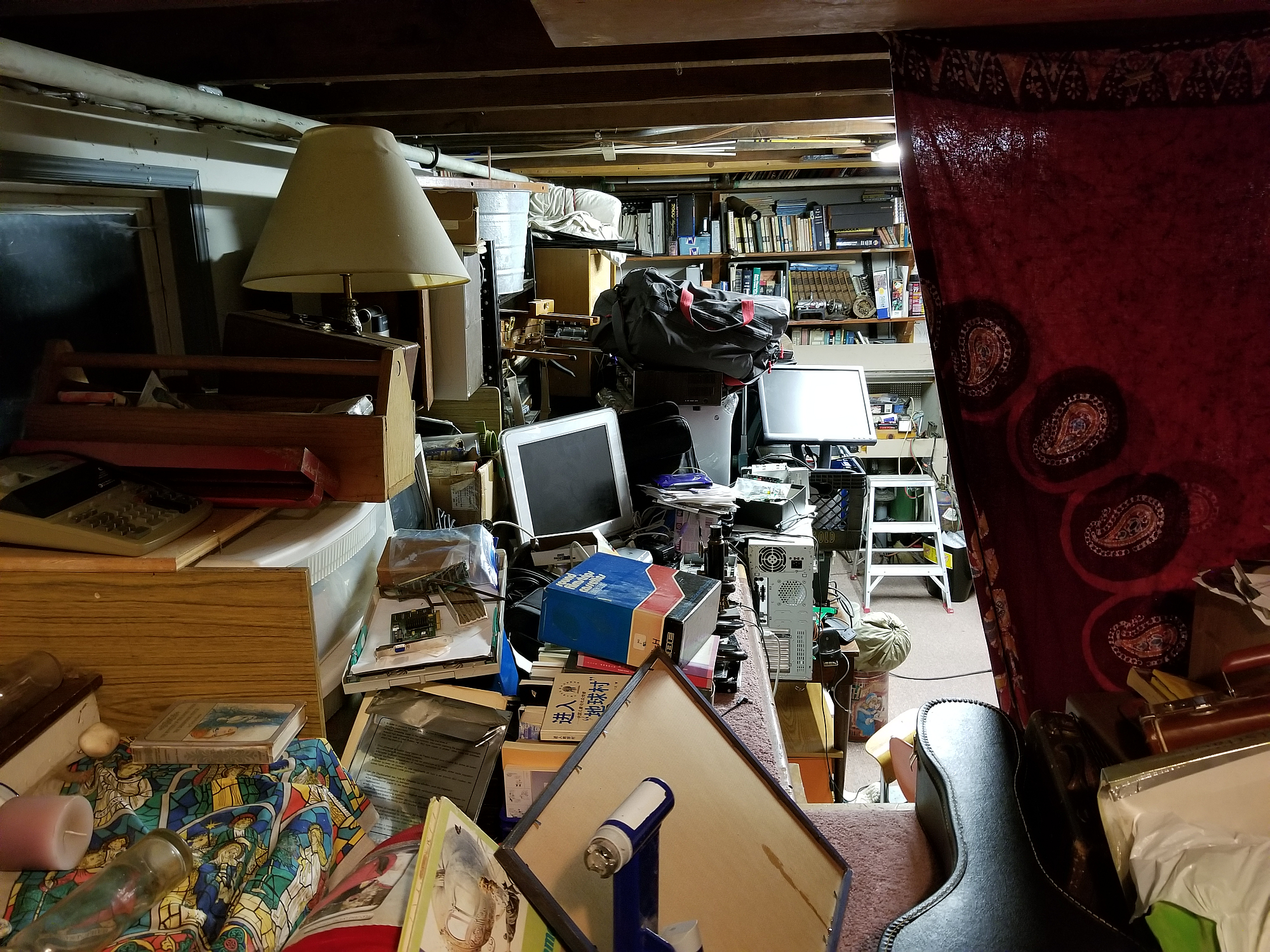 There is a sleeping nook with a mattress and curtain in the corner, which is being swallowed by the encroaching stuff 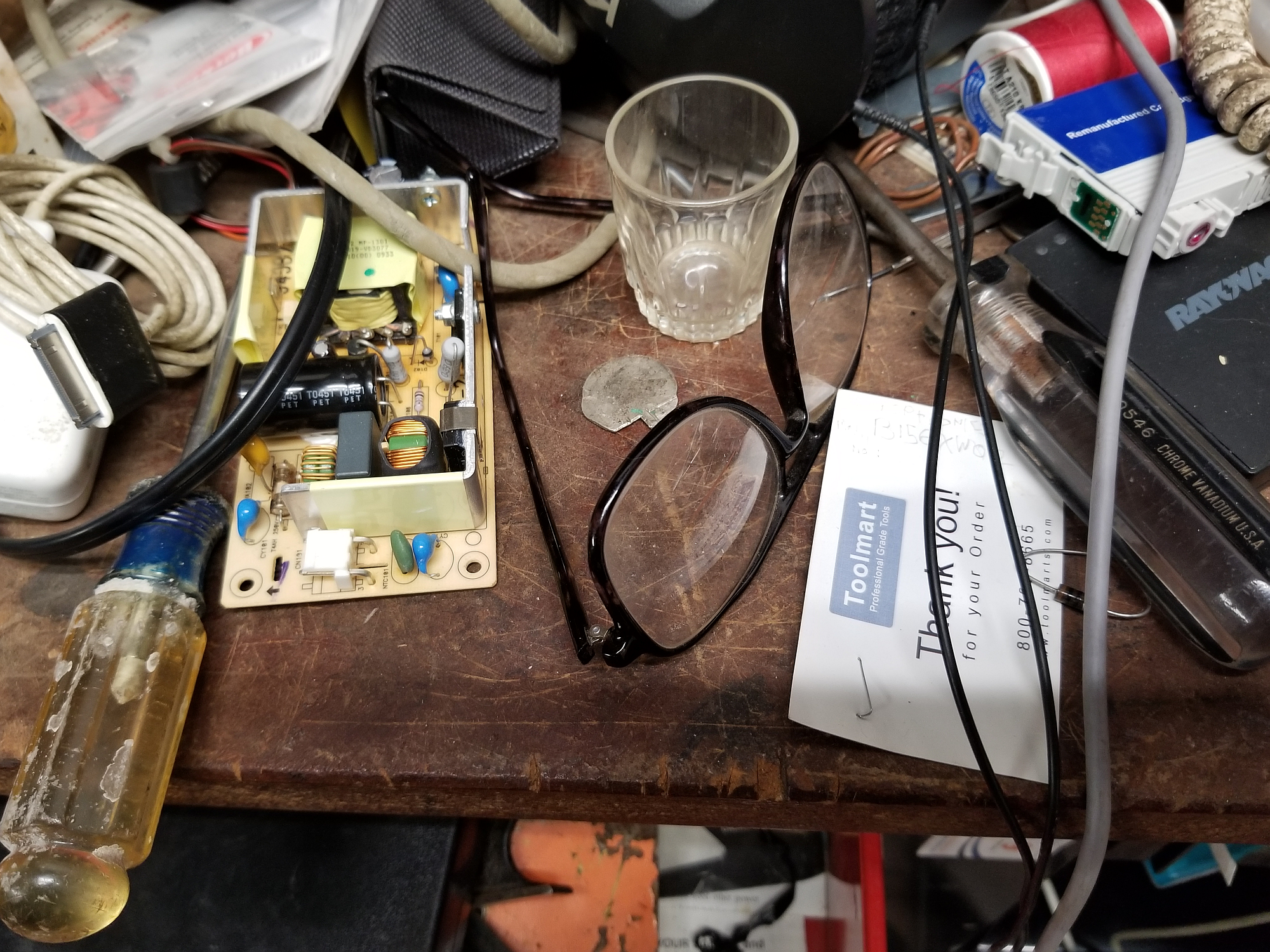 Mid-process in some kind of electronics repair 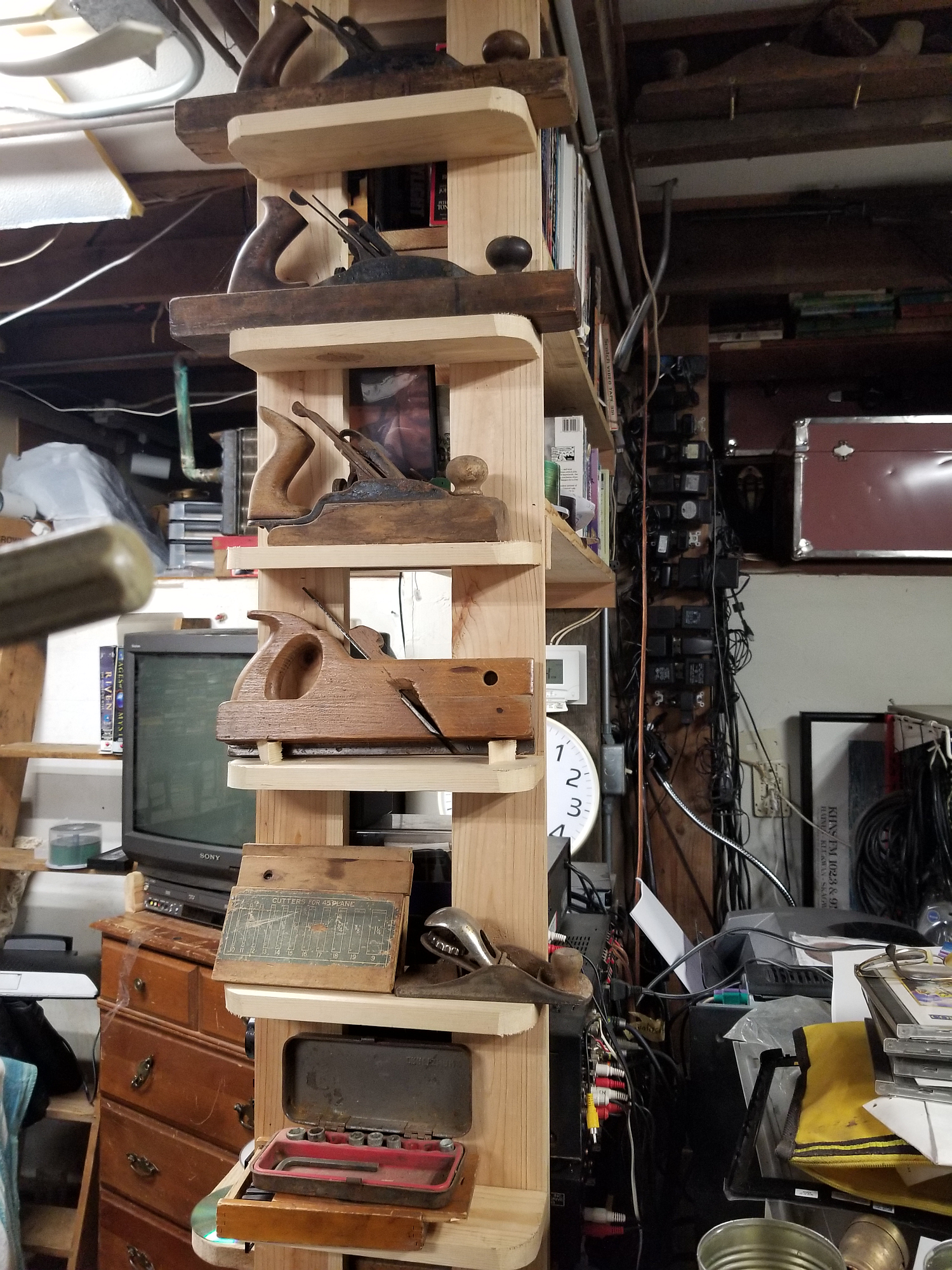 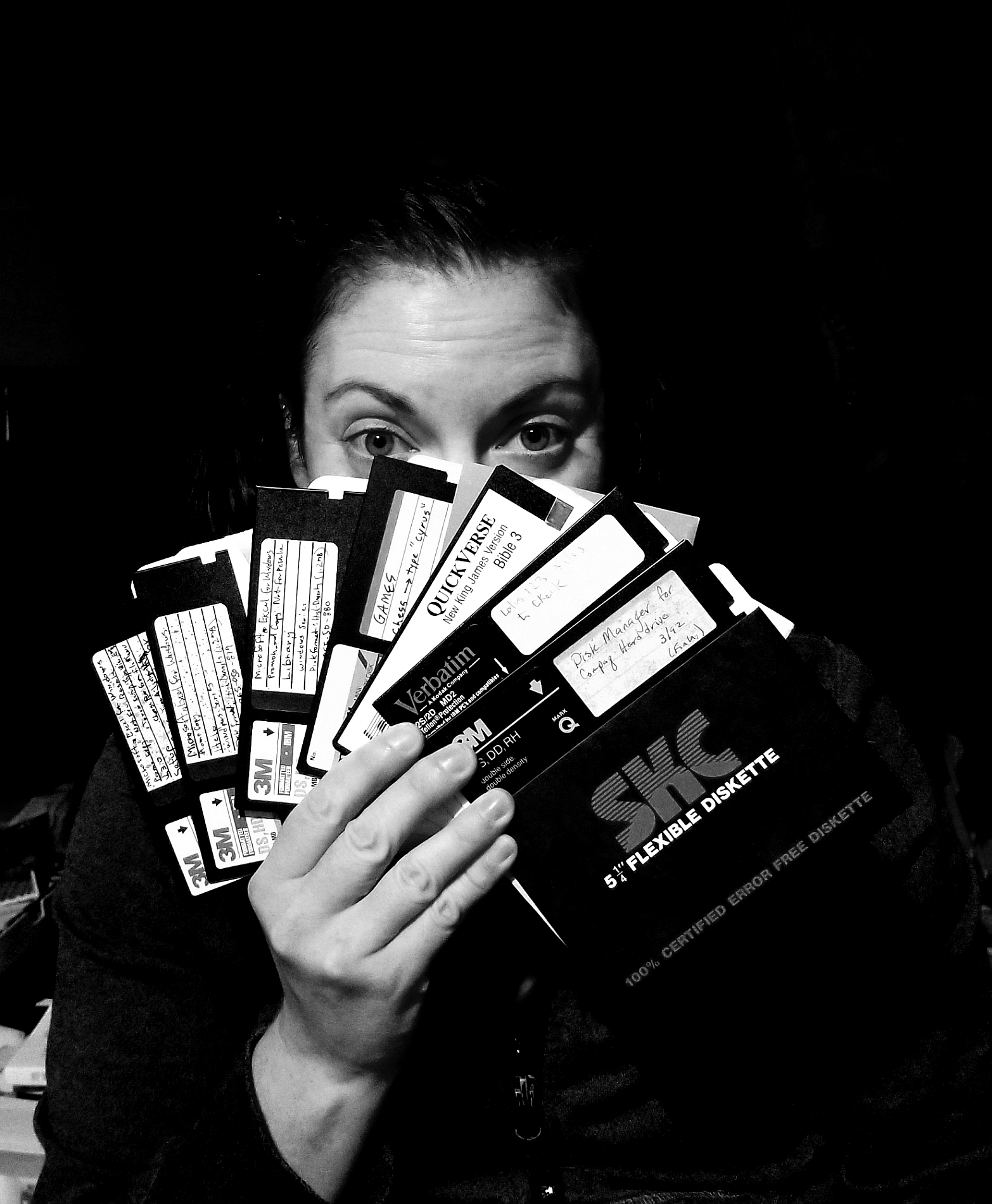 Honest-to-goodness floppy disks. You know, for computers :) Modeled by @dillemma 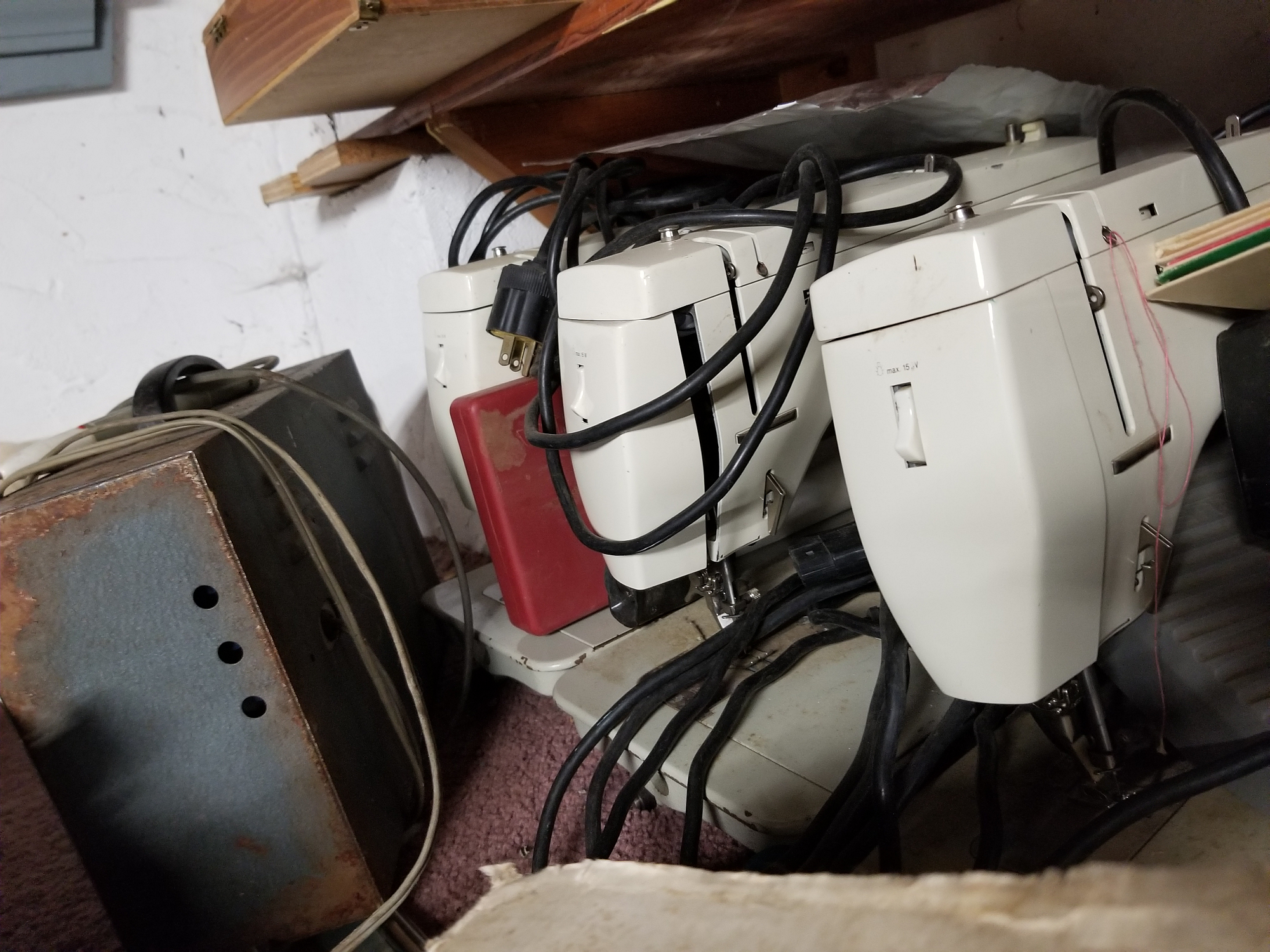 Although this is the second time I have posted this music video for my song "Dig Down" to the Steem blockchain, it might as well be the first... because I originally uploaded the video to DTube and of course it has long since been deleted from the DTube servers, leaving me with an empty shell of a post. So in the spirit of @nonameslefttouse's thingy, this is a Sunday showcase of probably my favorite Steem exclusive music video I have uploaded. This video is not published anywhere else online and the pictures I added have never been published previously. Lyrics at the bottom of the post.

I wrote and recorded this song in my parents' basement on the first night of my summer 2018 vacation back to my hometown of Haines, Alaska. Despite traveling literally all day to get there, and with two young children to boot, I was full of energy and wide awake the first night of our stay. After everyone else fell asleep I took a long walk in the late Alaskan twilight down on the beach that I used to play on as a child. When I got back to my parents' house I picked up my old guitar (my first guitar, which now lives in my parents' basement) and wrote this tune.

I helped dig that basement by hand, with pick and shovel, filling up 5 gallon buckets of dirt to send up a make-shift conveyor belt to my dad's old dump truck. Of course my parents finished the basement the year that I left for college, so I never really reaped the fruits of my labor.

Now, the basement is jam packed full of the collections of objects needed to be a fix-it guy who can fix anything. That is my dad. He can fix almost any kind of mechanical or electrical device you can think of, and he has probably saved all the parts needed and knows just where they are in the chaos. The basement is also where all of my old stuff and the accumulated stuff of my siblings ended up. Old school folders, coin and rock collections, toys, baseball cards... all crammed into shelves and stacked in alcoves and teetering in piles.

I want to go down, down to the basement
I want to go back, back where it started
I need to remind my brain - because these cells aren't the same
I want to drink straight from the tap of the unfiltered batch

Death, Decay and Youth on a Utah Mountain
carlgnash
8 views $

Death, Decay and Youth on a Utah Mountain
carlgnash
8 views $
04:34