Syrian Rep. at the UNSC Goes Brutal against the Regime of Erdogan

"No one gives what he doesn't have,” how can the representative of the Erdogan terrorist, murderer, criminal, aggressor and thief regime to claim his concern for the Syrian people?

The Syrian representative at the UNSC detailed each part of the above in 'Syria's first right of reply' during the 6th session of the council this month.

NATO members of the UNSC gone rabid and hysterical in their attempts to save what they themselves called 'the last stronghold of al-Qaeda in the world', which is in Idlib, which is controlled by Nusra Front, which they themselves designated as a terrorist group.

There goes the double standards again: It's a terrorist group if they ever think of carrying out any of their activities against western countries, but in Syria they must be protected so they can exhaust the Syrian state and oppress up to 3 million Syrians living in that corner of the country for over 8 years, but that's fine with the hypocrite criers for humanity.

This is the translation of the first reply by Syria during the session part of the report: NATO Allies Hold Emergency UNSC Meeting to Save al-Qaeda in Idlib 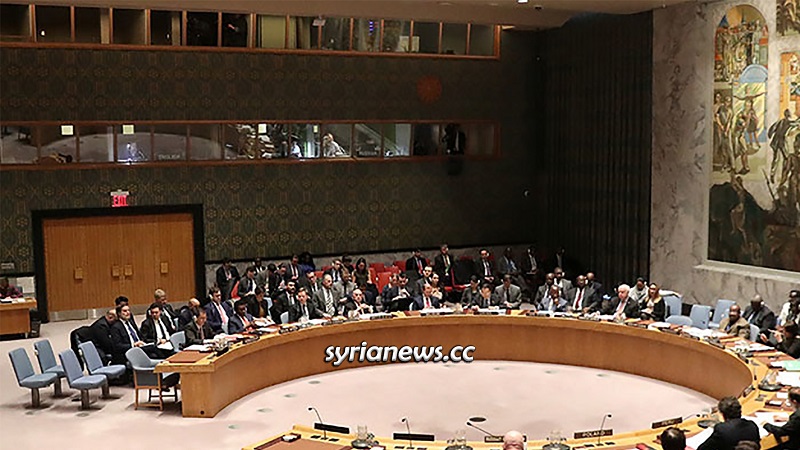 Your objective comments are always welcomed.

Donations are highly appreciated, just click on the Donate button via PayPal or Credit Card: Donate

You can also donate with Steem or SBD or even delegate some much needed SP here :)

A Qatari from the Syrian Opposition Killed in Aleppo - Syria News Archive
arabisouri
11 views 10 months ago $
00:26

Is Trump Trying to Sabotage His Own Re-Election?
davidpakman
2 views 4 months ago $
08:28

Bernie- NOT Voting Biden is "Irresponsible," Distances from Staffer
davidpakman
1 views 2 months ago $
04:37

What in the world is actually going on Document reveals plans, step by step
vladtepesblog
400 views 2 months ago $
40:58